Today marks the two-year anniversary of the day I died. Maybe since I’m still here, saying, “the day I almost died” makes more sense for some people.  Either way, I feel like I overuse that expression for things that are no where near “near death” status. But on September 10th 2017, I experienced something like I never had before.

The day started out normal. It was a Sunday. We had a christening to attend for our friends’ son about two hours away from our home. It was a beautiful, sunny day. I had to make a quick stop at Target for the wrapping paper and we were on our way.

The ceremony was lovely, and my kids were well-behaved, well for the most part. I was feeling good and ready to catch up with friends at the party afterwards. I was also looking forward to the delicious food because these friends know how to throw a party!

It was great to talk with everyone at the party and to see our kids playing and enjoying the still beautiful afternoon. It was that type of September day with a cool breeze, but the sun still warms your skin. I was feeling good.

I had just made my plate and sat down with my husband when I started having a pain in my stomach. I had my period so I was debating if it was just cramps or if it was diarrhea or something, but I knew I should probably make my way to the bathroom to investigate.

I stood up, feeling the cramping but otherwise totally fine. I walked up the steps onto the deck to head into the house. I started feeling lightheaded and things started to go black. I had experienced this before if I stood up too quickly or something and it would always pass and go back to normal. I told myself I just needed to make it to the door, and I could sit down inside. I reached for the doorknob of the storm door and then it happened.

I saw vibrant colors of green and blue. I was surrounded by the people from the party, but they were different. They weren’t in bodies, they were light. We were in a circle and their attention was on me. They were communicating with me without using words. They were transmitting love, and everything was so euphoric. It was an incredible sensation of peace. Everything was peace. Everything was love. In that moment, fear and pain was suspended. It didn’t exist. I felt incredible. It was such a refreshing moment – so delicious and vibrant. I had never felt more alive.

I hear my best friend’s voice. She’s using words and seems scared. She is calling my name. I can see her face now. She is leaning over me in total panic. Everyone seemed so scared. They were all circled around me, holding their breath in fear. I had lost consciousness as I reached for the door and fell flat on my back on the deck.

I sat up, now holding Nathalia’s hand and told her I just had an incredibly amazing dream. She explained that I passed out. Someone handed me a cup of water and I took a sip.

I see the rich green and blue and feel the immense calm and peace enveloping me again. Ahhhh, so good to be back in this place. I am soaking it up. It feels unlike anything I had felt before. It was pure love. It was a feeling of ecstasy.

I hear mumbled voices and feel someone nudging me. You know that really good sleep you get sometimes right before your alarm and when the alarm goes off to wake you up, you just want to go deeper into your sleep? I started feeling that. I could now feel the panic and hear the desperation in people’s voices, “Call 911! She doesn’t have a pulse!” Something in me was startled and I knew I needed to wake up.

I felt two things right away as I came out of this sensational dream. The first was knowing that the fear and panic my poor friends were experiencing was the complete opposite of the love that I had felt on the other side. I know that they were freaking out because of their love for me and I’m so thankful for that, but what I felt very clearly at that moment was that it didn’t matter. That it wouldn’t make a difference on a soulful level in the whole scheme of things. There was zero pain there, zero sadness, zero fear. Everything was transformed into love. I knew that on that plane, they too would experience the same things one day and the details of that moment would fade and become love.

The second thing that I felt was a little irritated that someone would call me back and keep me from enjoying that remarkable experience. This irritation was fleeting as I came to. I am very thankful they were there to bring me back, don’t get me wrong! I love my friends and family and am thankful that they were there for me in that moment.

The ambulance was on its way since I had now lost consciousness twice at this point. My friends describe my eyes as being wide open but empty. I clenched my jaw down tight. All color drained from my body. They said I looked completely lifeless. When they checked for my pulse and couldn’t find it, they started chest compressions (the nudging I felt).

Waiting for the ambulance, I was feeling weak physically but so amazing in every other way. I could still almost feel that other place. I could feel the love and peace. I was trying to figure it all out mentally. What had just happened? If I had just died, how can I be so calm? I have a family to raise. There was no fear for me in this moment and that was so unlike me.

I made my way to the ER and after testing and prodding, no medical cause could be found. All of my levels of everything were what they were supposed to be. My brain and heart looked great. Everything was the way it was supposed to be. I was discharged and headed back to our friends’ house. The party had since ended and even though I was elated at the experience I had that day, I did feel bad about putting everyone through that while leaving a permanent mark on the christening of their precious baby.

The next days were full of reflecting and trying to understand what had happened. Turns out that I wasn’t the only one led to reflect. Everyone at the party did some type of soul searching in the subsequent days. My main questions were: was it really a near death experience? What was the message for me in it? Since I don’t believe in random occurrences, what was I supposed to take from this one? Was it really for me or just for other people at the party?

I spoke with my quantum therapist to get more insight. I had been working with her for over a year to clean up a lot energy and beliefs of past experiences and baggage I was holding onto. I explained what had happened to me. She had a much easier time identifying what the probable meaning behind all of this was for me. It came down to being true to myself, being true to my calling. To embracing my gifts and why I am here in this life. And now two years later, here I am fully embracing it. I know my career is best spent working with others, helping them find that love and peace while they are in this life.

That sunny Sunday marked the beginning of me stepping into my role of teacher, healer, and lightworker. I’ve written a book called, “Embracing the Beautiful Chaos of Motherhood” where I share insight and wisdom with moms of all ages and stages to guide them to finding their inner peace and reconnecting with themselves again. I am excited to blog about my life for the same purpose – helping people reconnect with themselves and their true passions in order to live their best lives. 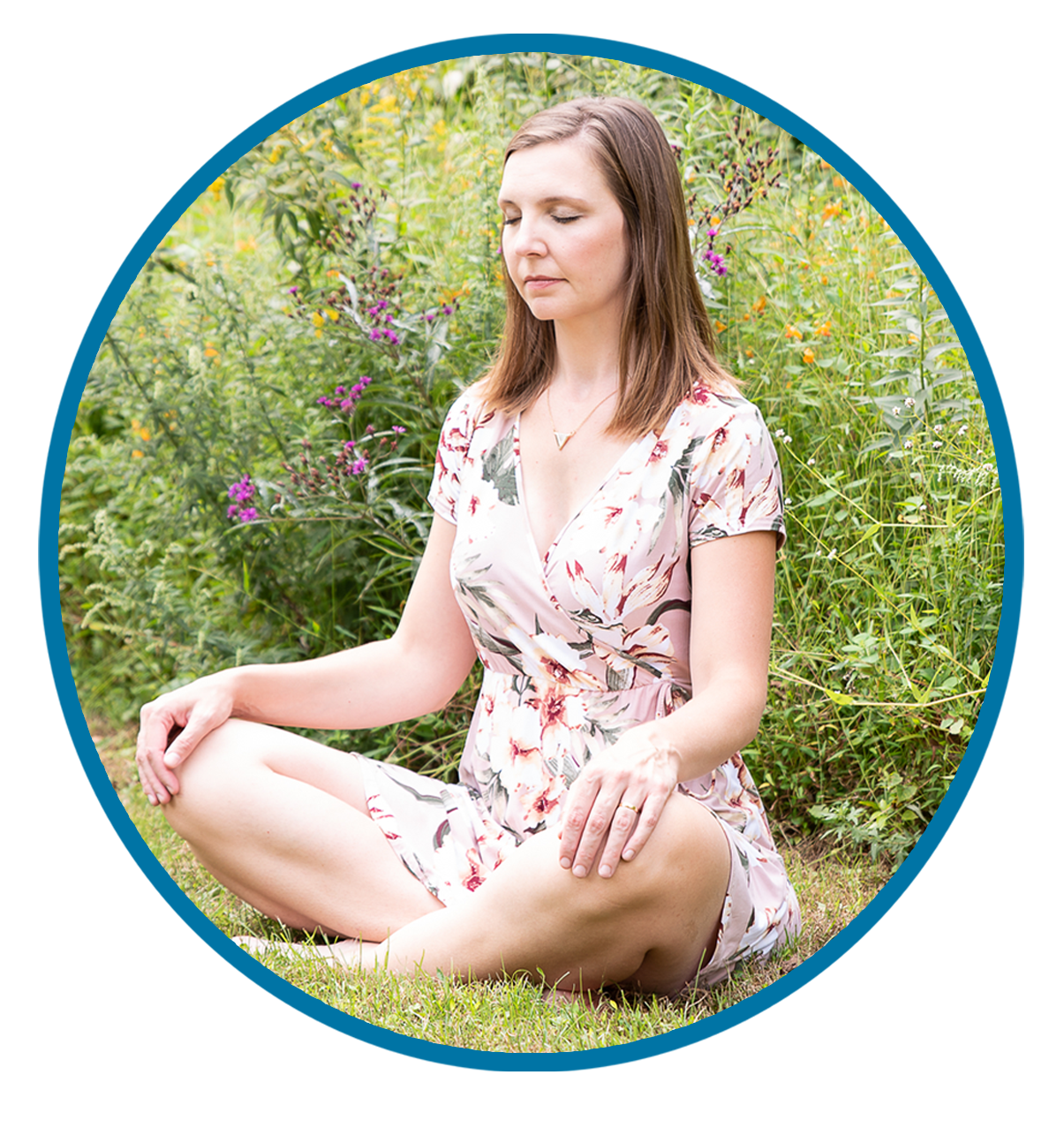